The store will not work correctly in the case when cookies are disabled.

The Facts About Earwax

Earwax itself is not the problem. Earwax is a naturally occurring substance, a combination of secretions of the sebaceous glands and the ceruminous glands. These secretions mix with skin cells that are shed in the ear canal forming earwax. Earwax actually protects, cleans and lubricates the ear canal, and provides some anti-bacterial effect. Earwax is only a problem when excess wax builds up and is compacted, potentially leading to hearing loss, tinnitus, earache, discharge or uncomfortable fullness in your ear.

You think it's getting 'wax out' but it's only pushing 'wax in.'

Cleaning out your ears with a cotton swab is a bad idea. A very bad idea. You might pick up a tiny amount of earwax with the swab as you smear it around, but the bulk of the wax just gets compacted and jammed further into the outer ear canal. In fact, cotton swabs just make the problem worse. The swab works just like a trash compactor in your ear, jamming and compacting, jamming and compacting. Pretty soon, it's time to go to the doctor to undo the damage you've done with the swab.

Don't take our word for it. Ask a professional. 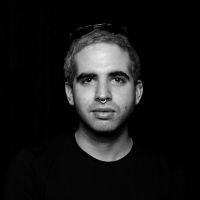 (Excerpt) I tingle thinking about the full-body sensation accompanying a Q-tip exploring the inside of my ear canal. The guilt-ridden pleasure is always followed by a nagging mother whisper: "don't put anything smaller than your elbow into your ear!" Well, scientists have decided to amplify that whisper.

The American Academy of Otolaryngology–Head and Neck Surgery Foundation published an updated set of guidelines on managing ear gunk today in Otolaryngology–Head and Neck Surgery. The recommendations don't contain many surprises, but they'll definitely give you a reason to worry–screw around inside your ears too much and you might give yourself earwax impaction, which is basically a stuffy nose for your ear.

Earwax, also known as cerumen, is essentially the snot that serves to grease up the inside of your ears and trap any invading dirt particles. Your body normally deals with earwax buildups just fine, by circulating old wax out of the ear where it crusts up on its own, and by growing more skin cells, according to the report. If that process breaks down though, earwax may build up in your ears making it difficult to hear or resulting in a feeling of stuffiness. Around 10 percent of children and 5 percent of adults suffer from this problem, with numbers higher in older or developmentally-delayed folks. New data on cerumen impaction motivated the release of new recommendations for how to deal with it.

Is it okay to use Q-tips or other objects to remove excess earwax?

(Excerpt) Most attempts to clean the ears by using cotton swabs only result in pushing the wax further into the ear canal. Wax is not formed in the deep part of the canal near the eardrum, but only in the outer part of the canal near the external opening. So, when a doctor sees with wax pushed up against your eardrum, he or she knows that it often is because you have been probing your ear with things like Q-tips, bobby pins, or twisted napkin corners. These objects only serve as ramrods to push the wax deeper into the ear and can lead to problems.

The skin of the ear canal and the eardrum is very thin and fragile and is easily injured. The ear canal is more prone to infection after it has been stripped clean of the "good," coating-type wax. Doctors see many perforated eardrums as a result of the above efforts. If you have symptoms or signs of impacted earwax, consult with your doctor.

Why you shouldn't clean your ears with a cotton swab

(Excerpt) Cotton swabs may seem harmless enough, but they can be dangerous when used to clean your ears. Although some people swear by using cotton swabs (Q-Tips) to remove excess wax and debris from their ear canals, medical experts will warn you not to try it. They have seen many catastrophes resulting from using cotton swabs. From punctured eardrums to super impacted wax, there are many negative consequences associated with "do-it-yourself" ear cleaning.

There is a more effective alternative.

The solution isn't a messy solution. And it isn't a cotton swab. It's the gentle, flexible Clinere® Ear Cleaners. With its patented design, you use the scoop end of this simple tool to remove earwax or debris. Then use the ingenious fin end to exfoliate and "scratch that itch." It's very safe when used as directed. And, because it's quick and easy, it fits perfectly into your daily ear care routine–and your pocket or purse.