The store will not work correctly in the case when cookies are disabled.

Earwax, also known as cerumen, can oftentimes be a nuisance to individuals who use hearing aids or wear earmolds with cochlear implants. For hearing aid users, it’s especially important to combat excess earwax buildup, which can often increase the severity of hearing loss or result in negative impacts such as:

How Hearing Aids Can Cause Earwax Problems

Anytime a foreign object remains in the ear for an extended amount of time, it acts as a stimulant for the cerumen glands, which produce wax. In addition to the significant increase in volume, earwax is no longer able to migrate out of the ear canal at its normal frequency since hearing aids block the natural exit way for earwax.

How to Prevent Damage Caused by Earwax 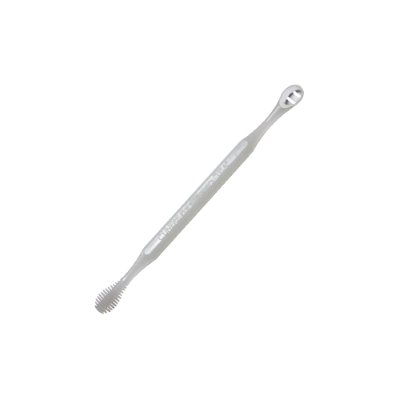 To get the most out of hearing aids, users should frequently take time to clean their hearing aids using the following tactics:

In addition to keeping your aids clean, it is also important that wax is removed from the ear canal before it has a chance to cause damage. When it comes to keeping your ears clean and healthy, Clinere is the perfect tool. With the combination of the scoop and patented fin, Clinere makes it easy to quickly remove earwax and combat ear itch.